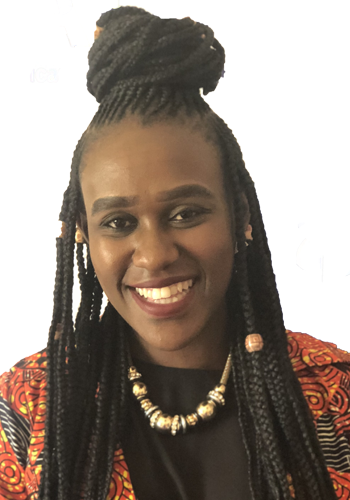 Andiswa is a language researcher at SADiLaR. As a young researcher Andiswa is determined to broaden her understanding about Digital Humanities and how some of its approaches can be utilised in order to make a positive contribution to the development of the isiXhosa language.

Andiswa’s personal research interest lies in the Decolonisation of African education and the elevation of African languages. Andiswa's Masters Dissertation looked at the representation of female protagonists in isiXhosa drama books, as being represented by both male and female authors. The focus was to make a comparison between the ways in which the different genders represent women in the isiXhosa culture based on the stereotypes surrounding the isiXhosa culture.

In 2014- 2016 Andiswa was a tutorial leader at Nelson Mandela University, tutoring isiXhosa language and literature students from first year up until third year. In 2017 she was employed as a contract lecturer at NMU teaching isiXhosa for non-mother tongue speakers with students ranging from first years to third years. She also taught Contemporary Culture to first year student and was a supervisor for two honours students studying isiXhosa literature.

Contact details:
Email: This email address is being protected from spambots. You need JavaScript enabled to view it.