Language and Gender Sensitivity in reference to Zulu culture 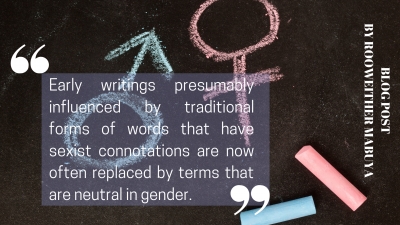 Language is a vehicle through which gender sensitivity is expressed. According to (Wodak, 1997) gender concerns the psychological, social and cultural differences between males and females. Gender refers to the fact of being male or female while gender sensitivity is the state of being aware of what society thinks about of being male and female. IsiZulu words like ubuntu/humanity and abantu/people show respect to gender sensitivity because they address both genders without singling out or giving any preference to any gender in isiZulu. Early writings presumably influenced by traditional forms of words that have sexist connotations are now often replaced by terms that are neutral in gender. For instance, in the English tradition the use of the word Ms has increased instead of the traditional Mrs or Miss and chairperson instead of chairman. These labels that are used reflect social attitudes and shapes how social structures and relationships are perceived. 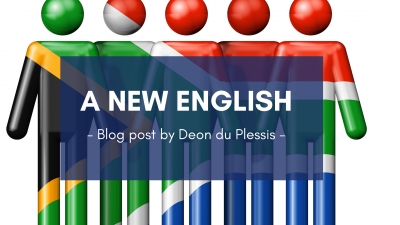 [T]he English language will be able to carry the weight of my African experience. But it will have to be a new English, still in full communion with its ancestral home, but altered to suit its new African surroundings.[1]

We ought to change the way we think about language from “what languages look like to what people do with languages”.[2] In precolonial Southern Africa, for example in the kingdom of Mapungubwe, people lived and communicated with each other in a mix of different languages; Khoe, Nguni, San, and Sotho peoples used a range of languages that overlapped.[3]

Colonial and apartheid authorities sought to separate out the different languages and drew up both artificial and real boundaries between the languages: most infamously in what they called the Bantustans and the Bantu education system.[4] Although the physical boundaries have been removed, the different languages are still treated as though they are separate – and they serve an important role in people’s construction of identity.[5]

Nevertheless, people do continue to make use of a mix of languages: to optimise their communicative potential in any given context, and especially to construct context-specific meaning.[6] In such a situation people’s various identities are better acknowledged and access is improved for all participants – the concern is not what a language looks like, but what people do with it.[7]

Prof. Leketi Makalela argues that this kind of “ubuntu translanguaging” is ideal to decolonise our linguistic practices in public spaces; the idea of monolingualism is a European notion which arrived on African soil along with colonisation.[8] He uses the specific example of songs students created during the #FeesMustFall protests: the lyrics alternate between Nguni languages and English. Thus, the “boundaries” between the four Nguni languages and English were not what was important; the meaning of people communicating their discontent and protest was.[9] In fact, he goes as far as to say that,

because English represents the British colonial trajectory in South Africa, using it in decolonising the sociolinguistic predispositions for South Africa is the most appropriate path in the 21st century without the risk of losing the other languages.[10]

Put differently, he advances the idea that we should use the colonial language not in the way its use was prescribed in the past, but in a way that is in keeping with indigenous linguistic practices. That we ought to reach an ubuntu translanguaging mindset where we don’t use language as a way to grant or deny access, but where we use all languages inclusively, in a way that says “I learn because you learn”.[11]

Note: This blog post is the second in a series that argues “that linguistic and cultural hybridity is our identity”.[12] It summarises certain aspects of an article by prof. Leketi Makalela.

Prof. Daan Wissing, who is affiliated with the SADiLaR node CTexT, received a very special honour in that he was awarded honorary lifetime membership of the Society. Dr. Herculene Kotzé, who is affiliated with SADiLaR’s host institution, the North-West University (NWU), presented the award in Prof. Wissing’s mother tongue of Afrikaans. Dr. Kotzé stressed Prof. Wissing’s long and sustained involvement in SALALS, which stretches from being a founding member of one of its precursors[2] to the present. His lifetime membership should cement his continued presence in future.

Blogs
This site uses cookies to improve our services. No personal information is stored in these cookies. By continuing to use this site, you accept these cookies.
Ok Decline